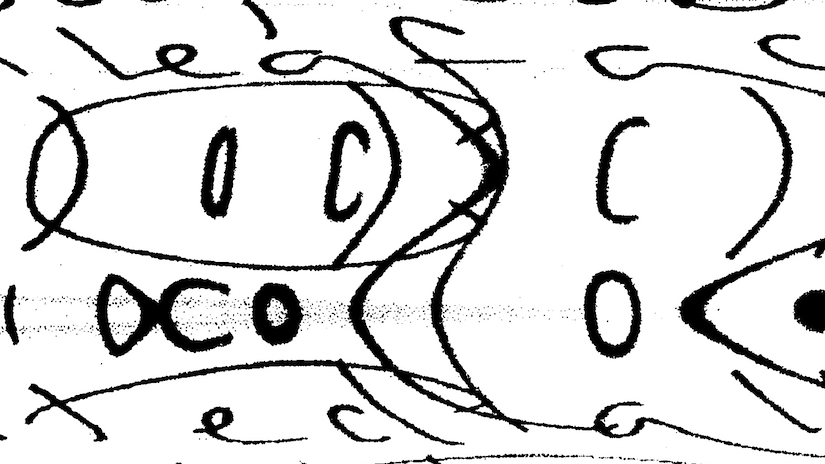 For a few months now I’ve been laying the groundwork for a new project called SCRO. In a couple of weeks, over a 24 hour span and in the company of a few hundred other poets around the globe (see here), I’m going to generate the images and sounds for the poem actual.

I thought, while I wait for that day – the base text is written and the process mostly set – I’d tell you about the scheme and share a few bits of the mockup.

The base text is 24 pages of journal writing, reworked and streamlined, begun shortly after a visit to my father in California. The visit stirred feelings, worries, memories. Maybe because I was writing in my house, for which my dad helped me secure the loan, the ground of the poem became this house.

Here’s the third page, before any funny business.

I rework the writing a bit, streamline it, but try to preserve the blushful emotional directness. This one’s not so exposing, but later ones, oh yes. I want to work with the language I speak in when I’m speaking just to me and maybe in difficulty. I’m interested in dailiness, inner sounds, outer sounds.

I want to bring the banal into the lyric in way that doesn’t sink my practice but ballasts it. I know some of the known ways: irony and pastiche in written lyric, cadence and insistence in spoken word. But those don’t come to me so natural. So I’m stumbling towards a chimerical way with proprioceptive foreparts and digital hindquarters.

Dude, obscure. I take the page and shiver it on the photocopier in the corner of my study. My gesture, slow, fast, does something to the scripture; the scan bar, turning strokes and loops by light to bits, does something to it en même temps.

What I’ve called aasemic writing and have written of here.

SCRO as a truncated form of scroll – the form I want it to take. Also escrow – a debt that binds me to my father. Both from a Germanic root meaning shred.

Only later did I realize the sound-cluster calls to mind scrotum. Hello hidden mind (u stinking bastard). That’s what this scroll book is though. Query into the broken unbroken ties between me and my dad that manhood are.

This post’ll need to be in 2 parts. Gotta grill me some chicken and torrent some Mr. Robot. Just quick, I’m looking at two final objects – a scroll I hope I can find some chapbook press willing to fashion, and an audio-video thing I imagine installed big on a gallery wall. Here’s a foretaste: