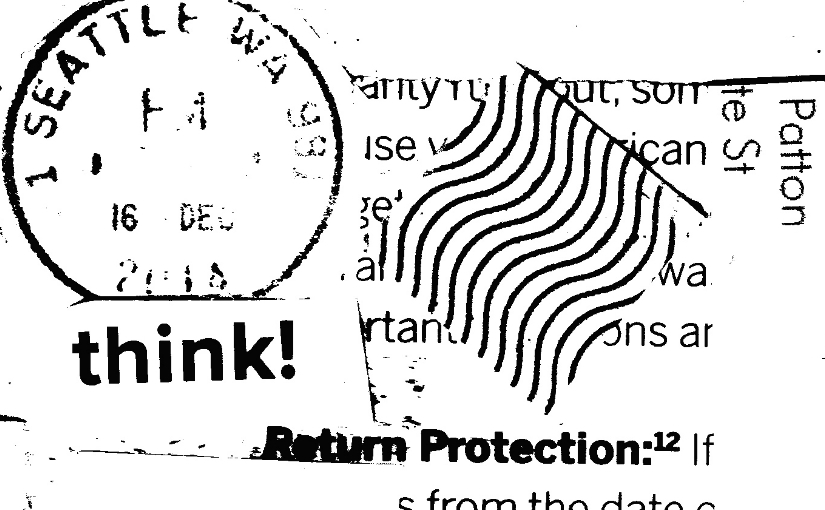 A few weeks ago I took Dumuzi – a manuscript I had thought pretty much done – back into the shop for an overhaul. Started incorporating handwritten bits, pages of journal writing, fragments of the myth stroked out on scraps torn from junk mail envelopes, and’ve been pretty pumped about where it seems to be headed.

And my feelings in the wake of Elise’s passing, which have surprised me in their intensity, though why should they really, I loved her as a true friend, far from derailing the work seem to have thrown themselves into it for fuel. (I showed her one of them, not posted here today, and true to generous form, she flared, though it was far outside her taste, gladness on my behalf.)

Here’s one. I should say, this is the part of the book that tells the story of Dumuzi’s consort’s, Inanna’s, journey to the underworld, i.e., death and metamorphosis. As she readies for her journey (as if anyone chose such a journey) she gathers her me, her powers, which are all the powers of culture, our being as civilized beings. 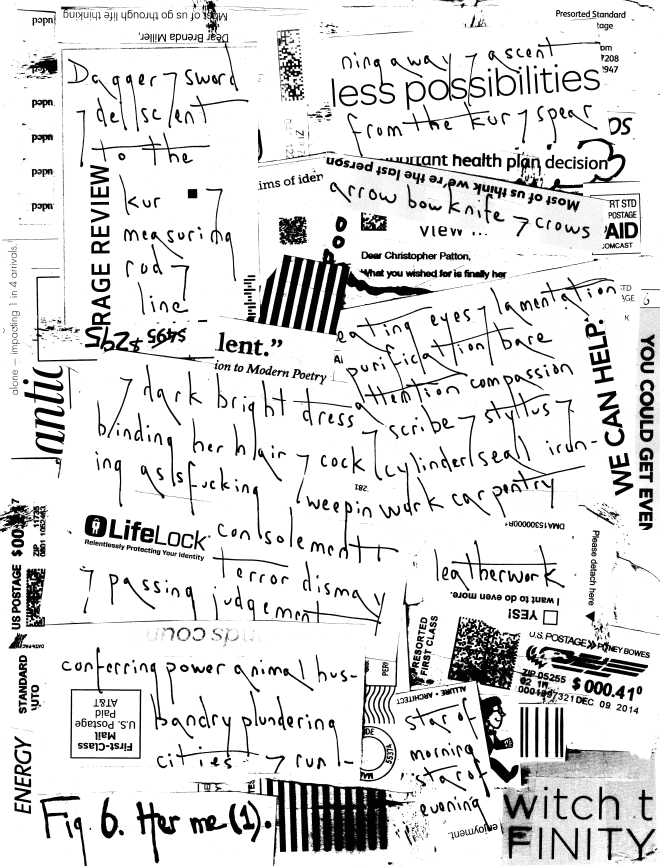 You’ll see some anger in it. Okay so yeah I’m pissed. Some of it’s, I’m pissed at the world, it took my friend. Even, let’s say it, pissed at my friend, she got took. And, some of it’s anger at, well, junk mail, and a life among and as commodity, even as it’s also an effort to subvert commodification. Sounding like a lit prof now shutting up.

What am I doing here. I don’t know. Something about an elegy in motion. If blog (I first typed glob) as form lets me do something my private journal nor a public statement won’t, too, it’s to do with catching the gist of the feel of the thought on the fly.