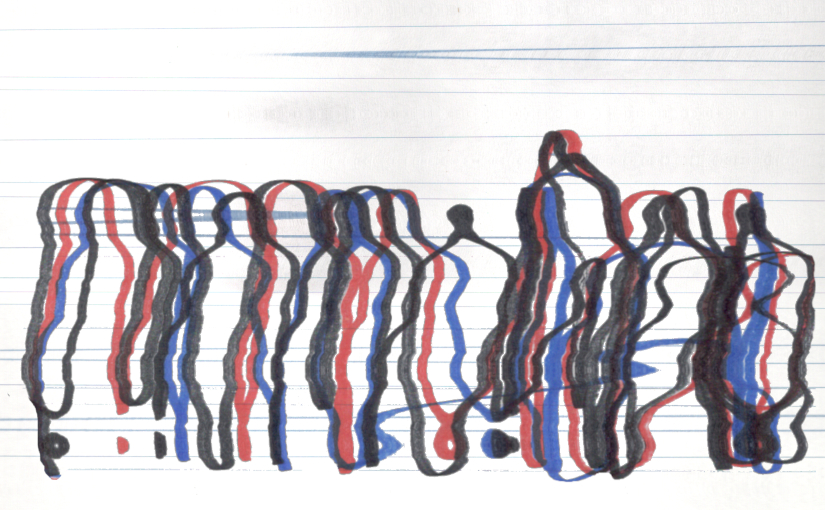 Had been wary for years of going to colour. One morning tho, who knows why, it was time. The Sharpies at hand chose my palette. I had some fistfuls of black, dull to varying degrees, a red that’d seen use for goddess blood-fury, & one blue untouched.

which looks like a grievous loss, but truly it’s the rebuke Team Blue called for.

I began an asemic political poem. And if that sounds oxymoron, consider, asemy lives on a threshold where signal breaks to noise; or, other way round, where the mind’s urgency to discern meaning in nonsense peaks. Our public discourse feels like that too, yes, no?

My first efforts were a play on words that’d come to me: “Iamother.” I had been sitting (inside me) with the children our proto-fascist paramilitary border forces were taking from their parents; and the inner severings they’re going to suffer. Wanting to face the one responsible more squarely, I moved on to a tweet of his, a text I could critique, mock, savage, by unravelling it

His moral vacuity & mental collapse will be the stuff of epic comedy in generations to come, if they do.

This was work I could put my anger & horror into. Also compassion I didn’t know of. When I try to summon any for DT consciously I fail. But I took vows, so I said I’d try, & keep trying. And what do you know, when I slowed it down to one word at a time – I took him at his word. When he says please, someone in him really means “please” 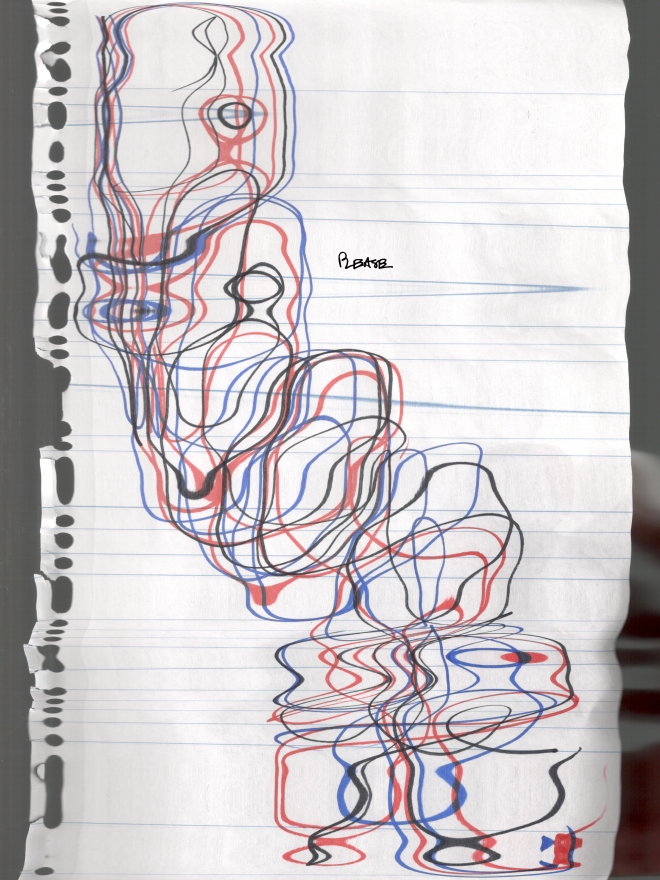 When he says “understand,” something in there asks, flailingly, to be understood

I’m not doing good people on both sides here. I only mean, or at least sense, what’s shit-stained now wasn’t always. He had a face before anyone was born.

The images are made by scribbling real fast on notebook paper 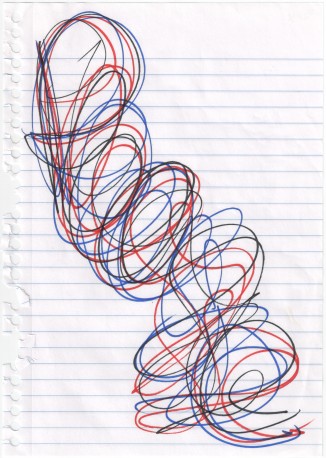 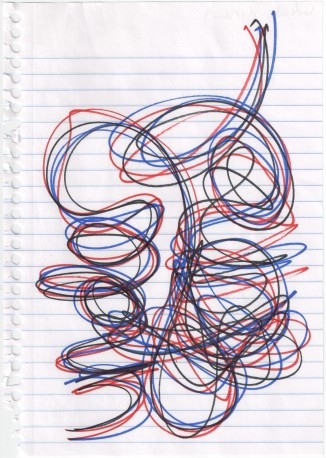 & shivering the page as the scanner scans. I’ve described the method here.

The title is full (too?) of word plays. Red white and blue. Black and blue. Redblack, a cryptography principle. Racial & political shorthand & derogation – Black, Red. And the blues, which do help to true stranger-to-them-me. The closing page fills it in

Red Black & Blues – A proposal
On monstrosity & its critics

Red Black & Blues (III)
Its verbal skeleton, by anagram and other violences

Illogical operators
Alt takes of a word patch, “or not – and,” in The New Post-literate

Red Black & Blues (II)
It takes wing, having found its text, an execrable tweet by DT