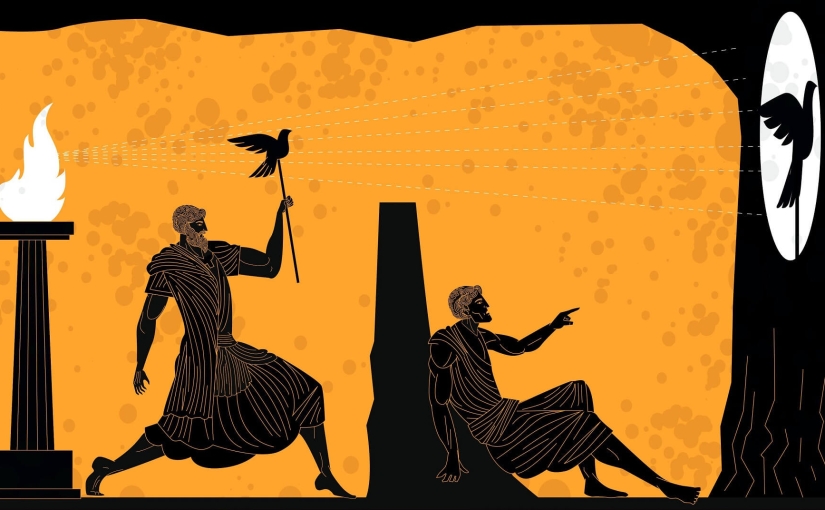 The admissions essay I wrote for the Master of Museum Studies program at the University of Toronto – where I begin my studies, remotely, next week! We were asked to discuss an issue the contemporary museum faces.

John Berger writes of the plasticity of the image:

Now appearances are volatile. Technological innovation has made it easy to separate the apparent from the existent. And this is precisely what the present system’s mythology continually needs to exploit. It turns appearances into refractions, like mirages: refractions not of light but of appetite, in fact a single appetite, the appetite for more. (11–12)

Years ago, Plato called the image trouble in the Republic, and things have just got tougher since then. Now we have deepfakes. Now algorithms construct photographs of faces that never were. Meanwhile, other algorithms surveil actual faces in the streets of London, Beijing, and cross-reference them with our browsing histories and GPS location data. Berger called it the New World Economic Order, and frames it here as a crisis of the seen, a crisis in which all of us who live by the image, artists, designers, museums, archives, are implicated.

The U.S. National Archives are right now feeling heat for altering an image of the 2017 Women’s March, “so as not to engage in current political controversy” (Kennicott), an irony that would be hilarious if the stakes weren’t so high. Only in the high flood of images we move through could so crude a change ever have hoped to go unnoticed. Having been found and called out though it’s not neutralized: a manipulation doesn’t have to be effective to have effect. The change made here forgets the disinterestedness that should be an archive’s first principle, and that itself is a blow to the body politic.

Meanwhile, artists are doing, museums showing, work that investigates the image, what it does, and how, and to what end. At the Vancouver Art Gallery in 2015, Xu Bing’s Unscrolled made the thinghood of its picture manifest. You walk up to a luminous Chinese landscape, then around it to see the dreck it was made from, fir branches, cigarette butts, with florescent lightbulbs framing it. What seems a picture of something far off actually is some things right there: debris arranged in a fully exposed act of illusion-making. Another piece in the exhibit, Sun Xun’s Cosmos, put you in an oblong room with four animations of diverse styles on walls Sun had also inscribed with calligraphy ink. I was pinned through my head to a fifth wall not there to see. Usually, we take an image to be representation at a distance. Sun’s work made the image a construction you are inside. My verb tenses are liquid here because the image is always present tense.

In my life I’ve gone three places to learn the world—books, universities, museums. Having spent my professional life so far writing books and teaching university classes, I’m hungry now for new ways to tackle the questions always at churn in me. What is an image? What does the physical book mean in a digital age? How does a museum founded on colonial premises decolonize itself? I have lots more. I don’t want to write essays or devise classes on them—I want to do deep, multi-modal, immersive, real-time inquiries, where I’m not the subject or main investigator, but a facilitator, and the gorgeous shapely tangle that results is open to public view and participation.

My writing and teaching have got me this far. As an artist, I see an exhibition as a second-order artwork, an assemblage of artworks, documents, ephemera, framing materials, made real by being together in a place. As a teacher, I see one as a many-tiered, experiential syllabus, with diverse modes and materials at play in an immersive, experiential environment. When I learn more about exhibitions, these notions may fall away as naïve. I won’t lose my sense that a good exhibition gives a moving, collaborative shape to cultural intelligence.

I want to foster culture in this new-to-me way. And I want to learn how in your pro-gram, more than any other I’ve researched or applied to. I’m drawn by the broad training you offer, also by your strengths in my areas of interest, exhibition design, museum education, curation. I’m buoyed by the thought of an internship under your faculty’s guidance; when I visited, I was taken with many things, but most impressed by how conscientiously you guide students toward their professional roles. And I’m drawn, as a writer, translator, and editor, by your relationship to the Book History and Print Culture program. I don’t know if I’ll end up in a small museum, doing a bit of everything, or at a large institution in a specialized role, creating exhibits, say, of ancient papyri or early modern incunabula, but I believe your program offers the best preparation I could hope for.

Kennicott, Phillip. “The National Archives Used to Stand for Independence. That Mission Has Been Compromised.” Washington Post, 18 Jan 2020.

The image up top, though it bears the weight of Plato’s Cave Allegory, is massless & easily thieved. I took it from this discussion of the allegory as it pertains to screenwriters.