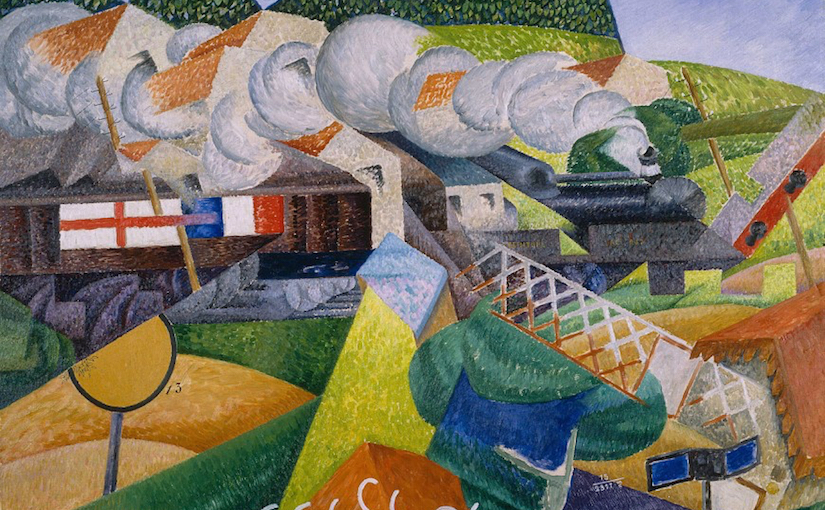 Draft of a proposal for an Honors Seminar.

An interdisciplinary course bridging literature and the visual arts, “The Arts of Peace and War” would examine how experimental artists of the twentieth century responded to the destructive events of their time. The course would broach two paradoxes of modern avant-garde expression: (1) avant-garde artists have often employed violent or disruptive means in the service of holistic visions; (2) difficult works that might seem to be destined for a small, elite audience, and to confirm that audience in its privileges, have often been created with a radically democratic intent – a revolution of consciousness.

The Arts of Peace and War

In this course, we’ll study the practice of creative destruction in the literary and visual arts of Europe and North America in the twentieth century. We’ll begin with a problem embedded in the term “avant-garde,” which implies a military metaphor, an advance force, a corps of troops ahead of the main army. Some early avant-garde poets and painters, the Italian Futurists for instance, did embrace war as a sort of ritual purgation. But many artists of the avant-garde have been apostles of relation and compassion, even if the methods they use in the name of peace – frag­men­­tation, disjunction, erasure, wholesale abuse of reason – can look pretty violent. What do we make of that disconnect, between a holistic ethos and the violent (to language and form) practices artists express that ethos in? How do you beat up your materials (and in a sense your readers or viewers) without suggesting beating-up is okay to do? We’ll begin with poets and painters of pre-WWI Europe – the proto-Fascism of the Futurists, the pacifism of Dada – and end near our own cultural moment, with artists exploring creative destruction as a plural response to patriarchy and white supremacy.

I’ve twice taught the precursor to this course, Poetics of Peace and War, as ENG 311 Literature and Culture V: 20th and 21st Centuries, then a thirty-five-student class. (I have also taught visual and performing arts as academic subjects while an instructor at the University of the Arts in Philadelphia.) It was a popular and successful course; students without much sympathy for “that kind of art” described it as eye-opening. It may have in ways resembled an Honors seminar – all of my classes use structured Socratic discussion and range across discipline boundaries. However, it was an English course, with visual works in a supporting role, and the size of the class prevented the close study of individual works that writing-intensive courses allow.

The ideal environment for exploring this material would be a small, interdisciplinary, writing-intensive seminar. For one thing, these works pose interpretive problems on which no critical consensus has emerged, including questions about the nature of interpretation itself – ideal matters for Socratic discussion, and writing assignments that foreground the creative dimensions of interpretation, the theoretical aspects of artistic production. For another, these works illuminate each other. A fully interdisciplinary course would draw poems, paintings, sculptures, manifestos, wars, technologies, dinner parties, cultural ephemera, all into the circle of our attention. Students could explore a given work, in class discussion and in critical (and possibly creative) projects, with reference to its precursors, antagonists, chance companions, and disjecta. Finally, the students who take well to this rich, provocative material are inquisitive, self-directed, intellectually restless – traits that in my experience, Western’s Honors students have in abundance.