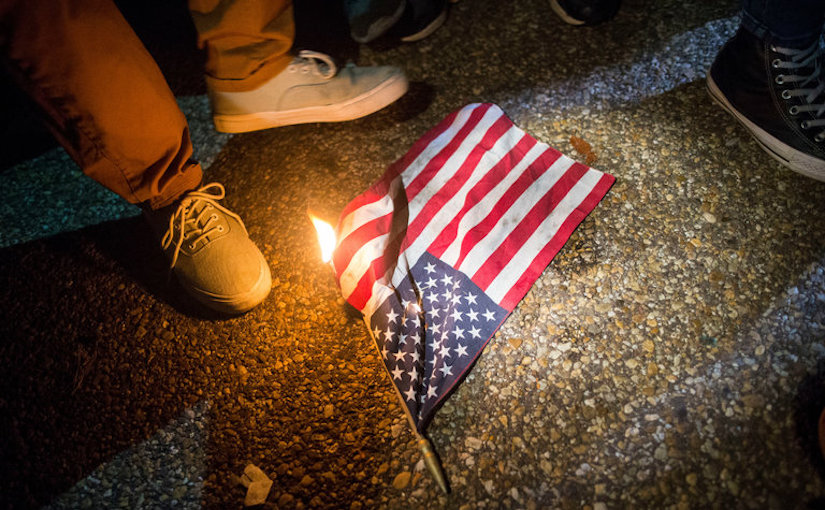 Yeah. This is what has me worried. Liberal democracy may not be the stable plateau we’ve liked to think. May be prone to “deconsolidation” under pressure from anti-democratic forces. Forces we’ve been witness to, in recent days, right here at home.

According to an article in today’s NYT, two researchers, Yascha Mounk and Roberto Stefan Foa, have devised a sort of early-warning system for modern democracies. The system has three factors that they say together can tell you whether a democracy is under stress.

The first factor was public support: How important do citizens think it is for their country to remain democratic? The second was public openness to nondemocratic forms of government, such as military rule. And the third factor was whether “antisystem parties and movements” – political parties and other major players whose core message is that the current system is illegitimate – were gaining support.

If support for democracy was falling while the other two measures were rising, the researchers marked that country “deconsolidating.” And they found that deconsolidation was the political equivalent of a low-grade fever that arrives the day before a full-blown case of the flu….

Venezuela, for instance, enjoyed the highest possible scores on Freedom House’s measures of political rights and democracy in the 1980s. But those democratic practices were not deeply rooted. During that apparent period of stability, Venezuela already scored as deconsolidating on the Mounk-Foa test.

And look at Venezuela now. It’s a shit-show. Poland likewise seemed a robust democracy when it joined the European Union, but showed at the time worrisome signs of deconsolidation – and is now is seeing the rise of anti-system parties and its democratic institutions under attack.

When the test’s applied to democracies of this moment – it don’t look good.

Across numerous countries, including Australia, Britain, the Netherlands, New Zealand, Sweden and the United States, the percentage of people who say it is “essential” to live in a democracy has plummeted, and it is especially low among younger generations.

Support for autocratic alternatives is rising, too. Drawing on data from the European and World Values Surveys, the researchers found that the share of Americans who say that army rule would be a “good” or “very good” thing had risen to 1 in 6 in 2014, compared with 1 in 16 in 1995.

There’s more in the article, check it out. I’m doing the test here sans data, but you don’t really need me to do the math, right?

The fever, we in it, people.