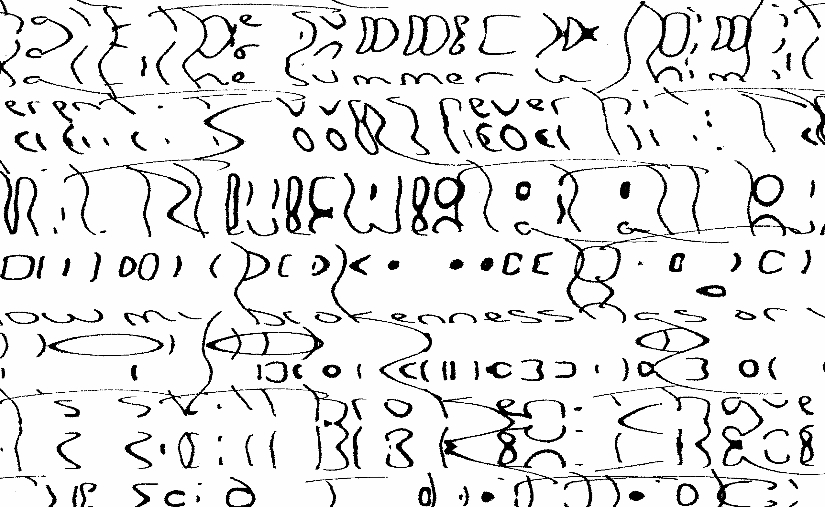 A joy of asemic writing is that it draws all the promise of meaning-making, all the whole multifoliate interpretive apparatus, into activity, w/o resolution or conclusion. It’s Steinian indeterminacy, in not the syntax but the graphemes. It’s the made mark as blastocyst, as stem cell, as potential to become. Is it a Deleuzian plateau? Maybe, still sweating that concept out.

So the aasemic script I’ve been playing with is neither indeterminate nor determinate. (GOD you can take this non-dualist thing too far, mm? how’s this not just centrist squish?) It starts with a journal page transcribed in a projective hand – descender a plunge, cross-stroke a jailbreak. Then I wave or shiver it over the photocopier light bar as it slides under, gathering data in.

All this is lead in to say, The New Post-Literate has posted a few, and that makes me happy, cuz they’re the first bits of Overject to be published, other than here, which don’t count. Here’s the link.

And here are a few other recent offerings there I think especially cool. 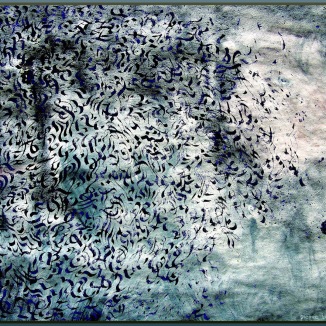 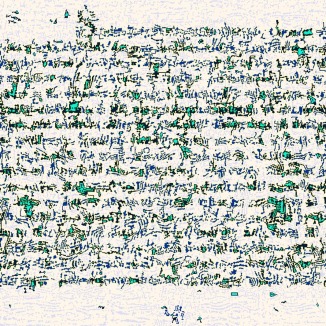 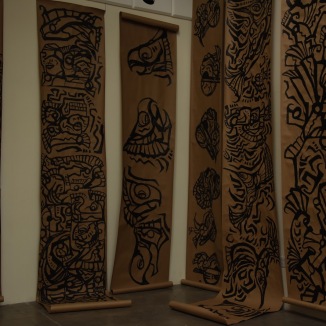 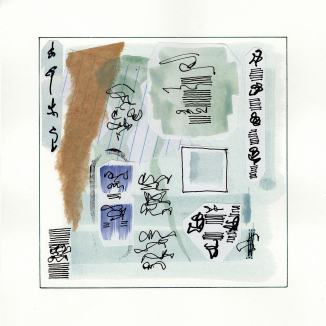 The home page of The New Post-Literate where it’s all to be found.

A lot of my trouble w/ academic parlance comes from trying to translate Buddhist vocabulary and values to a non-Buddhist circumstance. Most of the rest of it comes from being a lazy and a lousy Buddhist. (The latter’s 90%.)

Feste to Viola, Twelfth Night, “I am [a] corrupter of words.” After they’ve just rung their changes on live, stand, lie. I compared the move on lie to a triple-axle – Viola to Feste, “yo watch this move” – and one of my students found a sextuple axle in it, bam. Post-structuralism, its insights, e.g., words’re banana peels, dates back at least to Shakespeare, if not to Jesus? “On this rock I build my church,” that’s a pun, Jesus is making a funny, I told them, explaining the finger joints of a dactyl, by way pterodactyl. Petros (Peter), petra (rock). Long live the rhizome. Weed shoot that cracks the rock.