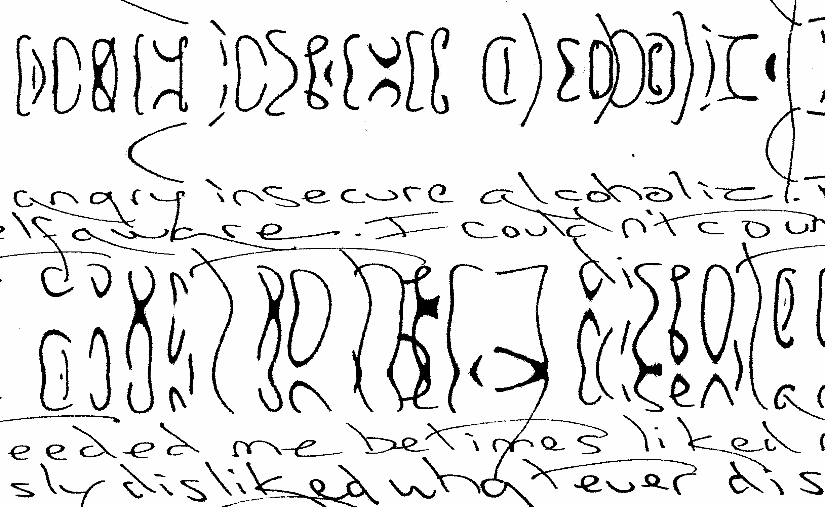 I was at a lovely poetry event last night, Kitchen Sessions Bellingham, very capacious in its tastes (its heart also), though the emphasis was spoken word, and I found me thinking near the end, Cool. Spoken word poets are the scops, the bards, of our time. And this form they work in, spoken word, is about the one form we’ve got that says direct intense heartfelt personal disclosure is crucial to (not an impediment to) the art.

And here you are (we in here said to me) doing “total translation” of an oral poem. Which means sometime or other you’re going to need to translate its orality. Meanwhile here you also are, wanting to draw intense heartfelt you into art, without arting it up the way your literary training says you’re supposed to.*

And so why not (we in here said to me) take these journal pages you’ve been making, and rewrite them as performance poems?

Who knows, maybe I’ll make and do a performance poem, now that I see I’m not done till I also translate the poem’s oral being, but the journal pages (here’s the one I’ve been working with tonight – 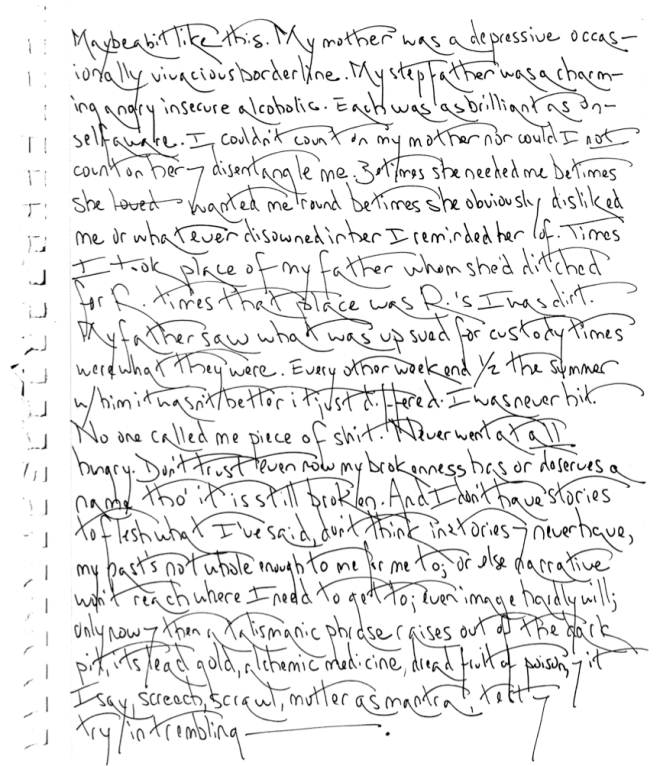 –) are wood, not plastic, have grain, can’t be remoulded into just any shape.

These thoughts come quick on the heels of an e-mail exchange with one of my most trusted readers about a draft of a bit of Overject. She expressed, not doubts, not trepidation, nor unease – astonishment, that’s the word, a mix of consternation and amazement – about the journal pages, of which the above’s one of three. And they were the three I was most concerned of, not for the personal exposure, surprisingly that don’t fret me much, but for the aesthetic risks they run, which are grave: banality, triteness.

So, the other play I’ve tried out this evening, is to rock** or wave the sheet up and down as the scanner scans. A translation of orality, I suppose, in that it makes visual the scop‘s or the slam poet’s speeds and slows. Sort of, sort of. 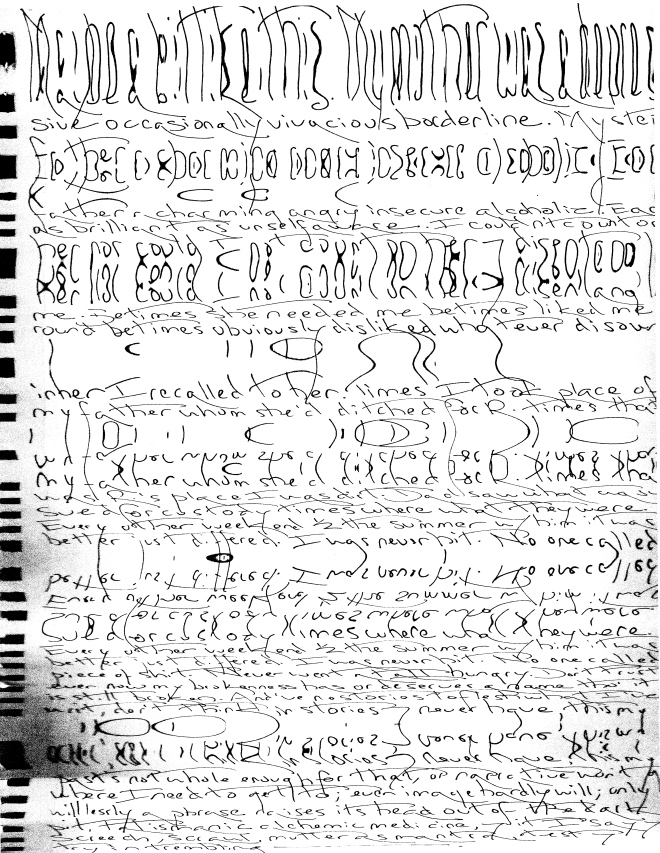 And I think, we’ll see, that’s how it’ll look in the book.

The Martians are writing us.

** How is rock the verb for the gentlest most restful action imaginable, the noun for the oldest hardest substance known to us? (I’m setting the music aside for the mo.)