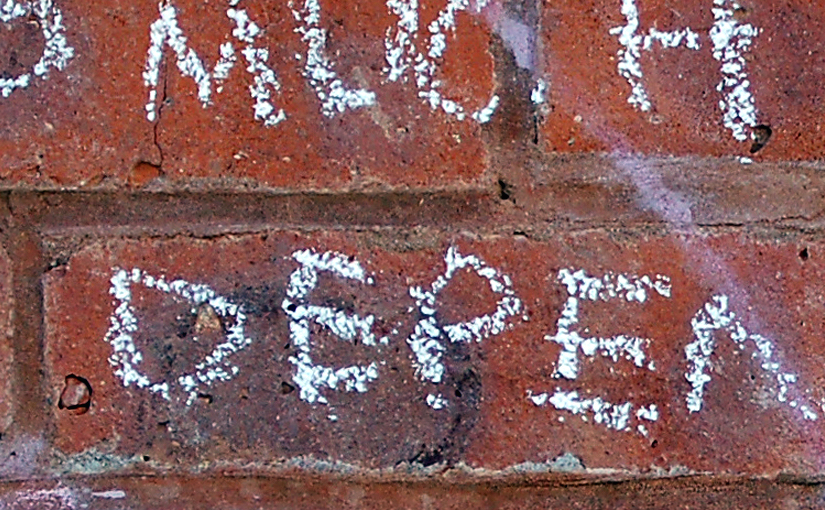 That’s a wrap on Spring and All and great good fun it’s been. Dunno if I’ve had a class meet this one so freely or fleetly before. Here are their first exercises in case any’d like to play along:

Any familiar with Spring and All will get why. (WILLIAM LOGAN. YOU COULD TRY THESE. IF YOU THINK THE HISTORICAL WHEELBARROW MATTERS TRY THESE.

And I quote, “The only realism in art is of the imagination.”

And I quote, “First must come the transposition of the faculties to the only world of reality that men know: the world of the imagination.”

And I quote, “poetry: new form dealt with as a reality in itself.”

WILLIAM LOGAN. THE PROVENANCE OF THE RED WHEELBARROW DON’T MATTER. READ THIS. SAVE YOURSELF. WE SUFFER W/ YOU.
– da white chickens

and no we no Plato)

So much to say about this little poem, which is so easily denatured, benumbed, by anthologies, high school classrooms. Students often come to college hating it. Or, worse, thinking it a metaphor. Consider, there’s no metaphor in it –

so much depends
upon

beside the white
chickens

How, though, does it tell us not to cut to metaphor? Its particularity. There aren’t a lot of particulars, but those there are, they have roughness, rugosity, they refuse the reduction, the simplification, the let’s just say it dumbing-down, you gotta do to a thing before you can make it tenor in a metaphor, and space-tie it to a vehicle. That the rainwater glazes the surface it lies on, makes it tangible, specific, momentary, and unconvertible.

It’s language, so it’s part of a system of semiotic exchanges, no way round that, but it resists entry into the second-order system of exchanges that sustain literary tropes like metaphor. It refuses to be made currency.

—What depends on a red wheelbarrow,

I asked them to consider, beforehand, and please commit it to paper?

—The poem, one said, depends on it.

The wheelbarrow is, as one student said, touching our earlier talk of Buber’s I-Thou, let be a value in itself. Though it’s in ordinary use a tool, instrument, for the sake of the poem it’s a good in itself. (Coulda gone to Heidegger there but thought to spare her. But think Van Gogh’s worn out shoes.)

I got tenor and vehicle the wrong way round up there, but I ha!, like my metaphor too well to bother to fix it.

This one is, by the by, for my old teacher Don Revell. I wonder how he is.

Much else I’d love to say, but time presses, and appetite. I treated myself last night to a Dungeness crab after a tenured colleague made me sad, angry, perplexed by poaching my classroom from me – today I well remember I’m contingent labour – and half’s in the fridge there awaiting me eagerly.

So I won’t try to say all the else about the poem I learned today from talking with my students about it. Why it’s a not the red wheelbarrow – the definite article would be more particular but at the cost of exclusion. And how much world comes to mind metonymically, a barnyard and American era, without the edge-smoothing of metaphor (“not that there’s anything wrong with that”). That each line is a moment of perception beseeching total attention. For reals, see how it’d be broke if the lines broke different –

beside the
white chickens

– it’s destroyed, right? All the held energy, everything bearing the elements up in a network of dynamic tensions, gone. Line as perceptual trace. A whole world for as long as it lasts, and gone when it’s gone. So the next can live.

WILLIAM LOGAN – oh, why do I bother?