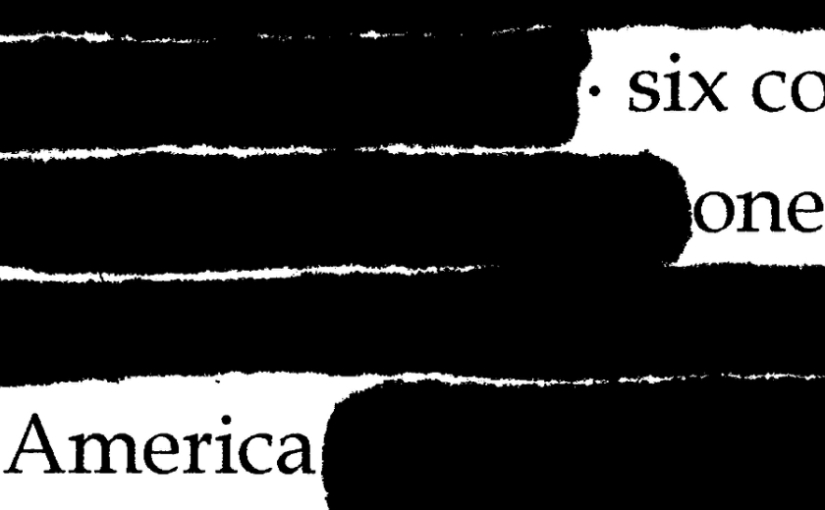 Started looking round, wondering where to start a post on my own efforts in erasure and treatment, creative demolition and reformation of a source text – a loving demolition, a savage reformation. I sure am not going to subject you, nor endure myself, some blow by blow account of my misadventures. But it was interesting to see where I got started. I’d forgotten.

Salt Lake City circa 2010 and I’m finishing my diss. I’ve read into the shining spaces in Johnson’s Radi Os and been blindsided by the Blakean rainbows of Phillips’s A Humument. I’ve a stash of found matter (NYT clippings) ten years after a day I’ve not been able to write of to around or about. And I understand, post-Bervin, erasure’s growing old, as too 9/11 and poems about 9/11 have some time since grown old. Understand as well my sense of old and the currency of old are not maybe typical of the avant-garde I maybe or maybe not aspire to keep company with.

Well anyhoo. Our discourse around 9/11 seemed censorious in all sorts of ways. Repression that made it seem past in ways it was present and present in ways it was past. Repression with political beginnings and a mercantile middle and self-preening ends. And with black bars I could maybe indict the targets both obvious (war crimes of the Bush admin) and subtle (oh come let’s say it liberal friends we can be sanctimonious). Also black bars seemed easy to make even for such graphically mega-challenged as I.

So I went there with the redactors and they there with me. Made a few heaps of found material and did a selection thing derived a bit from Johnson a bit from Phillips and a bit from Bervin. 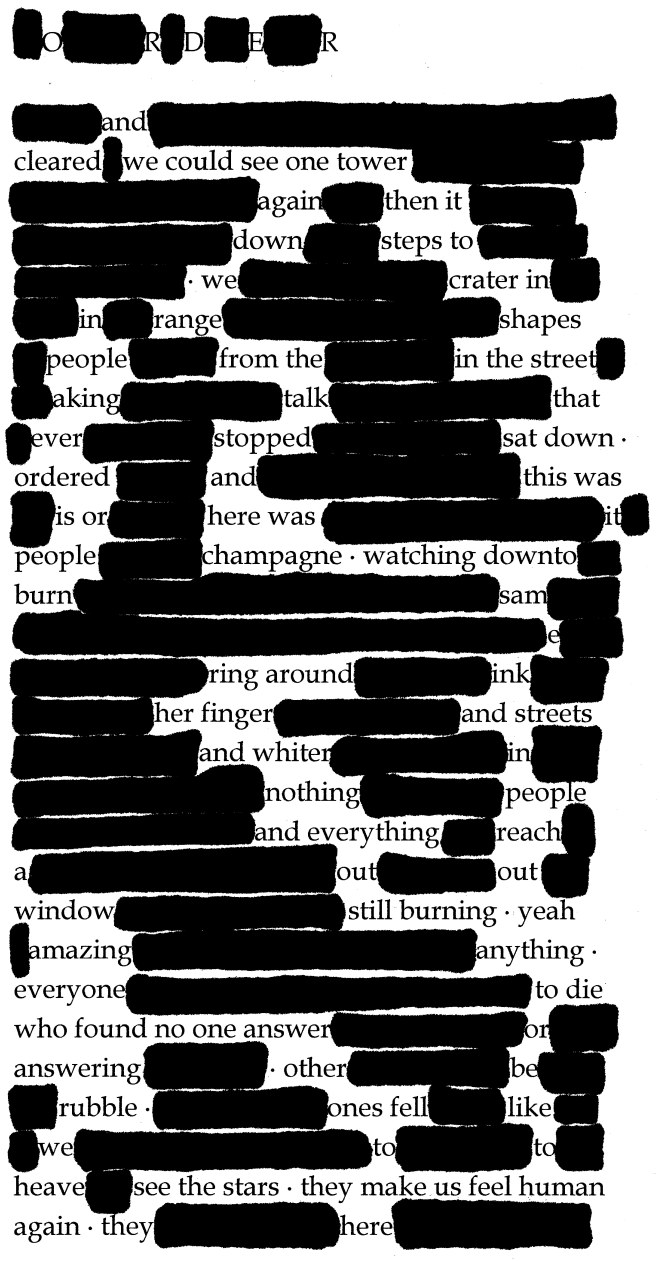 I never ended up publishing these in any version or trying very hard to. A good friend, one I showed them to early on, was upset by them, and she’s a New Yorker, and that she was offended, though I didn’t get it then, I took serious, and thought best to move on. So maybe Sal you saved me from something stupid. Where Sal by the way ARE you?

Pretty crude, yes? compared to what my students have been up to. Gonna skip a bunch of steps in my own progress to get to where I’m about at now. That’s the next post.

And then, after that, because onward is always, their next adventure – handwriting. The inscribed line, thick or thin, mischief or dutiful, studied or fleeting, how it expresses a moment of spirit, before and in language.