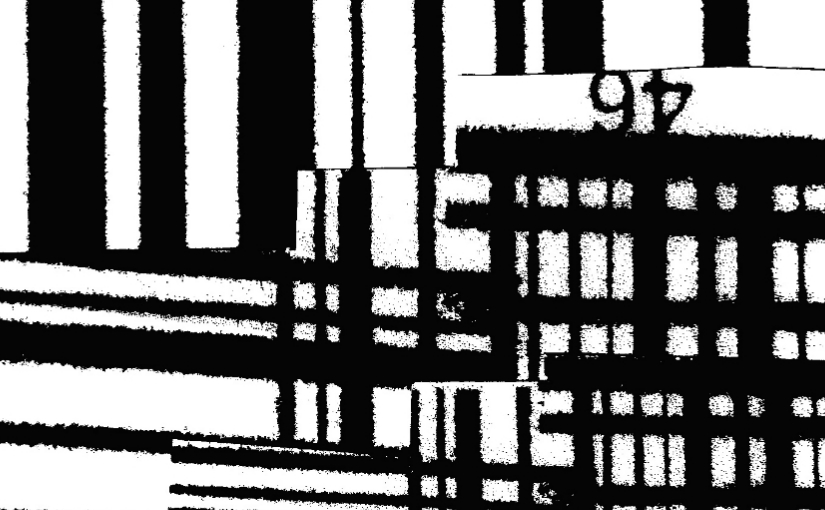 Near the end of Interstellar there’s a bit I find transcendent (when I picture it) and really kinda cheesy (when I think about it). Though in another galaxy and at the heart of a black hole qui s’appelle Gargantua our hero finds himself in his daughter’s bedroom behind the bookshelf.

A bedroom a bit altered. Imagine turning the book in your hands inside out and finding it contained a tesselated library. A still – 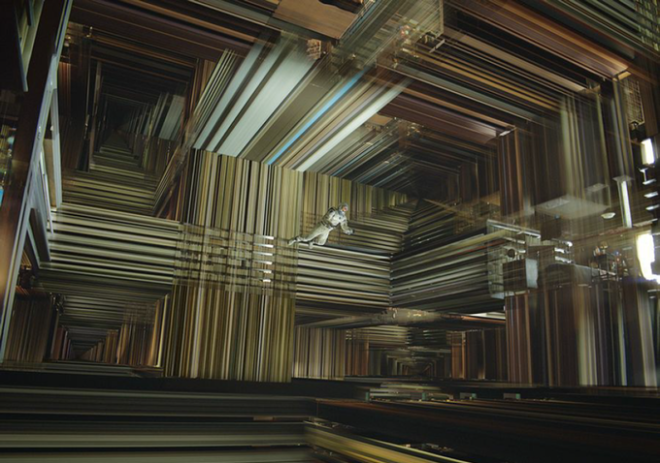 Big debt to Borges, yes, but the visual feels alive to me. And apparently it sunk in to where I could thieve from it. A bit after first seeing the movie, with no sense of debt to anyone or thing, I made this one out of bar codes, for the death and dragging under of Dumuzi – 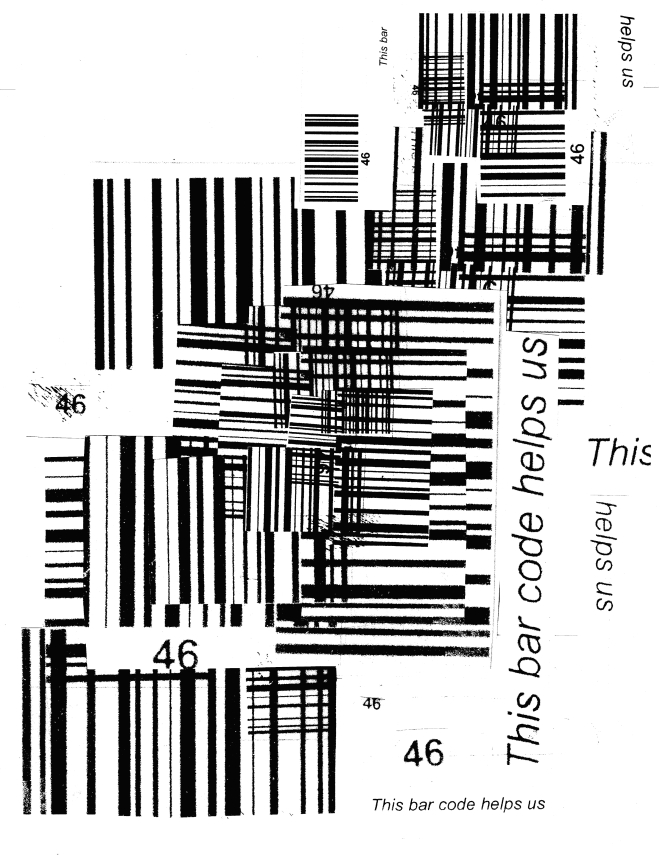 The debt I was aware of was to Tennyson’s “Crossing the Bar,” a poem I don’t much like, but I had in mind the recent passing of a favourite English teacher, in whose company I first met the poem. And so called it, 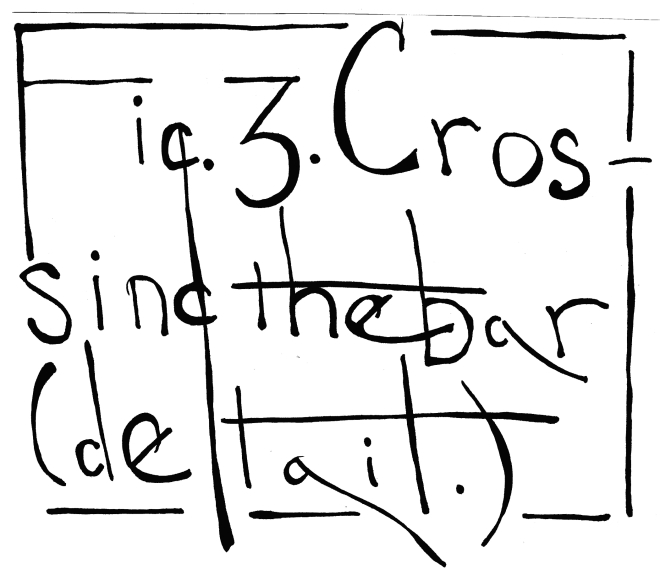 Anyway, all this is to say, debts to others are so many, truly new thoughts so vanishingly few. Oh Ezra. Make it new – if it isn’t already altogether new, how could I, you, we, they, make it be.

P.S. The slantwise rough strokes are bits of woodgrain from my desk picked up by scotch tape splayed there. I want to write, soon soon, about woodgrain and accident, Martians Jack Spicer and Stephen Burt, and proprioception, but the moment is not quite yet – not quite yet – .

P.P.S. The bar code is from if I remember aright the paper that came long with my flu shot. And my dismemberment of it my vengeance upon it b/c it protected me not one whit, not one.